The second law of thermodynamics

Although the focal point of the first law of thermodynamics is energy conservation, we have already mentioned that this law does not make any effort to explain why the energy is protected or what is the energy. The reason why the first law is so despised and expressed in a direct manner is not because it is a theory derived from a mathematical reasoning but because it is a product of human experience. Just like the law of gravity, it shows a fact that we learn by experience and see that it is always valid. 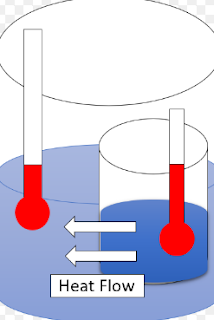 The second law, likewise, is in essence a product of human experience: not a law derived from complex theories or mathematical approach. When we look at the scientific literature, we see that this law is generally addressed in two different aspects. Under this heading, we will focus on these two definitions of the second law and how we should think about the relationship between these definitions.

The first description is shaped around the classical definition of entropy:

When energy transforms from one form to another, it always turns into a different form than we want.

When we talked about the energy lost during the Carnot cycle, we had first impression of this tariff: when every cycle was made, some of the energy provided to the system was transformed into work, and some of it went to the environment.

The second description of the second law is based on the change in entropy:

This recipe is a little more afilli compared to the first one and is a bit more difficult to grasp. If you want, try to open this expression with a few examples from everyday life; However, before proceeding to the examples, these examples will not provide a very accurate view of the concepts of entropy and energy as these examples are somewhat outside the scope of thermodynamics. Therefore, we recommend that you read these examples in order to obtain an intuitive understanding of the logic behind the second law, but without taking them too seriously.

What the second law wants to say is that whenever a process happens spontaneously in the universe, energy always tends to spread from the space where the process takes place to the universe.

For example, take the tea you brew at breakfast. To brew the tea you put the kettle on the stove and give the teapot some heat. Instead of concentrating this heat (that is, energy) at a local point, it flows towards the bottom of the hearth or from the surface of the teapot to the air and into the environment. So, instead of concentrating at a point you want, it has a tendency to flow towards the environment.

As a second example, let us assume that your morning breakfast turns into a nightmare and you drop the tea kettle from your hand while you are putting tea (thermodynamics is starting to become a little cheesy). The potential energy that the teapot has in the air, when it falls to the ground (that is, when it changes to kinetic energy), by pushing the gas atoms in the air, in other words by increasing the momentum of these atoms, and making a sound when it falls on the ground, that is, by vibrating the atoms in the ground and in the air spreading towards the universe.

Let’s think about how a scenario that does not comply with the second law can be realized. Let us try to imagine what it would be like to have the energy concentrate on a single point instead of spreading into the universe. Take a glass of hot water. When we fill a glass of hot water, we expect the water to cool down to room temperature after a while, as a result of the second law, the water molecules spread the high kinetic energy they have. We have already mentioned that the quantity we call temperature is related to the u average in kinetic energy of atoms or molecules. The point to note here is that the temperature is a quantity describing the “average“ kinetic energy. As the room temperature is lower than that of hot water, although the average kinetic energies of the atoms in the air are also lower than the water molecules, there is always the possibility that a few molecules with very high energy in the air are wandering. Now, let’s assume that all of these high kinetic energy molecules in the air are moving towards the hot water and hitting the water molecules to cause the water to warm up. In this case, we need to see that the hot water standing on the table is getting warmer rather than cooling down. In other words, in order for the water to heat itself spontaneously, the energy must be localized to a point instead of spreading. Of course, in such situations we never encounter in our daily lives. For this reason, as a result of our daily life experience, we are able to accept energy dissemination as a law.

What is movement? In physics, movement is understood as the change of position that a …