12 Scientific Theory and Laws You Must Know

who invented the lightbulb

who invented the school

12 Scientific Theory and Laws You Must Know 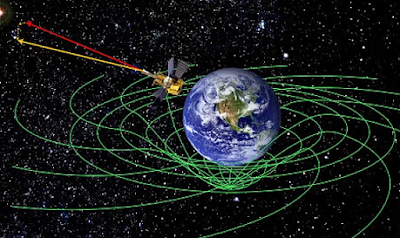 As a result of his astronomical research, Hubble discovered that there are galaxies in the universe other than the Milky Way, and that these galaxies are moving away from ours. Hubble’s greatest achievement is to discover that this divergence is proportional to the distance between the galaxies. I mean, the more of a galaxy, the farther away it was. Hubble’s Law; Speed ​​= Hubble Constant x Distance. Hubble Constant gives the rate of universe expansion. It changes over time. The currently accepted value is 70 km / h for 1 megaparsec.

Each planet moves on an elliptical trajectory where the sun is in one of its focal points.
The line connecting a planet to the sun scans equal areas at equal time intervals. As seen in the picture, two orange areas are equal to each other. Thus, the planets will slow down as they move away from their suns and accelerate as they get closer.
The square of the orbital period of a planet is directly proportional to the cube of the main axis length of the ellipse.

Newton threw a revolutionary idea 300 years ago: matter, regardless of mass, the two objects apply gravity to each other. This law is reduced to the equation F = G × [(m1m2) / r²] which many of us see in high school. r is the distance between the two objects; The m’s represent the mass of the two objects and the G gravity constant. Through this law, planets, satellites, etc. we can explain the movement.

Newton’s laws of motion are the three laws that establish relationships between the forces acting on an object and the motion of the body.

Thermodynamics is a branch of science that studies how energy works in a system. This system may be the interior of an engine, the center of the Earth, or the universe itself.

Energy does not exist from nothing, the existing energy cannot be destroyed, it is transformed from one form to another.
In a system, yield can never be one hundred percent. Because the entropy in the universe is constantly increasing, so that some energy goes into entropy when it is transformed into energy.
As the temperature approaches absolute zero, movement decreases. The absolute temperature is 0 Kelvin or -273 ° C. As the temperature approaches absolute zero, the irregularity is gradually reduced and fixed at a fixed number.

We’ve all heard “Eureka!” When Archimedes discovered the lifting force of the water during the shower, he began to run naked outside and shout “Eureka”. What is this lifting force? The water pushes objects having less density than its own density towards the surface. The object starts to float with this force of force that emerges from the density differences. This force F = the sinking volume of the body is reduced to x Core x Gravity Acceleration.

The Bernoulli principle means that an increase in velocity at the same time causes a reduction in the pressure or the potential energy of the fluid through a frictionless flow. You can see the equation in the picture. The Bernoulli equation is an important equation that is frequently used in aircraft wings and car engines.

According to many scientists, all living things in the world are made up of a single ancestor. As a result of evolution and natural selection, living things are divided into many different types: plants, fungi, animals, bacteria, etc. Natural selection is the ability of living creatures to reproduce and transmit their genes to the next generation. Thus, the extinction of life-unfree living organisms is to be exhausted. The living things that cannot be adapted to the environment disappear, and the living things that can adapt to the environment evolve and change over time olur in thousands of years Ort. In other words, bears that can become thicker and thicker can continue to live on the poles, while bears that cannot pass these changes disappear.

Invention of the Wheel